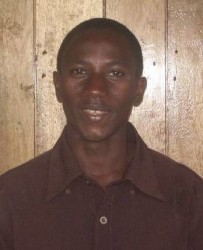 When we first met Medson in 2010, he was a quiet, kind, generous orphan from a remote village who grew up living with his grandmother and siblings. He was a bright and studious student while attending his local government secondary school, but had few prospects after his graduation. The GLK Student Fund and a generous donor were able to assist Medson through three years of his nursing school, practical training and earning his diploma. During his schooling he delivered over 23 babies including a breech birth and made mid-wifery his major.

Medson is now a young man who loves his work and is well-suited to assisting and comforting his patients. When the GLK Student Fund volunteers visited Tanzania recently, he expressed his gratefulness for the scholarship.  Without this, he would be living a life of poverty, farming a small plot of land by hard manual labor