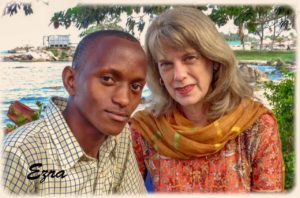 As the youngest of eight children, Ezra had small hopes of an education. His family was very poor. In February 2012, GLK granted him a partial scholarship at Bukoba Lutheran Teachers’ College where Ezra pursued his dream of becoming a teacher. He received his certificate in 2013 and was hired by the Tanzanian government to teach at Mugwanza Primary School. Ezra says that his employment has had a profound impact on his life. In addition to touching the lives of his students, he is helping to support his family – even assisting his niece with her secondary level schooling. Ezra is a great example of how helping one student can have a substantial ripple effect in the community.